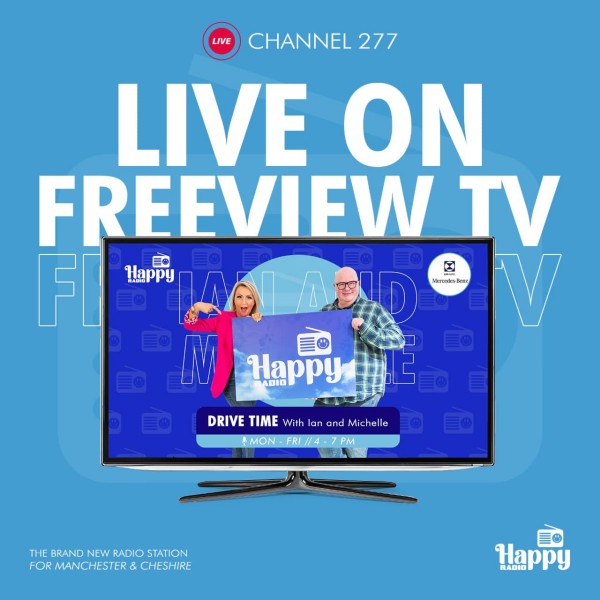 Happy Radio UK is the brainchild of former Key 103 and Greatest Hits DJ Darren Proctor and festival organiser Max Eden, who teamed up to launch the local station. The presenter line up has brought together Key 103 favourites like Chelsea, Spence and Steve all back on the same station for the first time in years.

“During Covid lockdowns we could see there was a massive gap for proper local radio in our area. The way things are going with commercial radio is that everything is going national”.”It fits for them to cover the whole of UK, that’s their business plan, but there’s a real need for local radio still and that’s what people want.”

“It will have the look and feel of a big national radio station, but it’s local. We will champion local events and local people.”

Happy Radio will be available to compatible Freeview TV’s in the ITV Granada coverage area.

Happy Radio is coming to the ITV Granada region